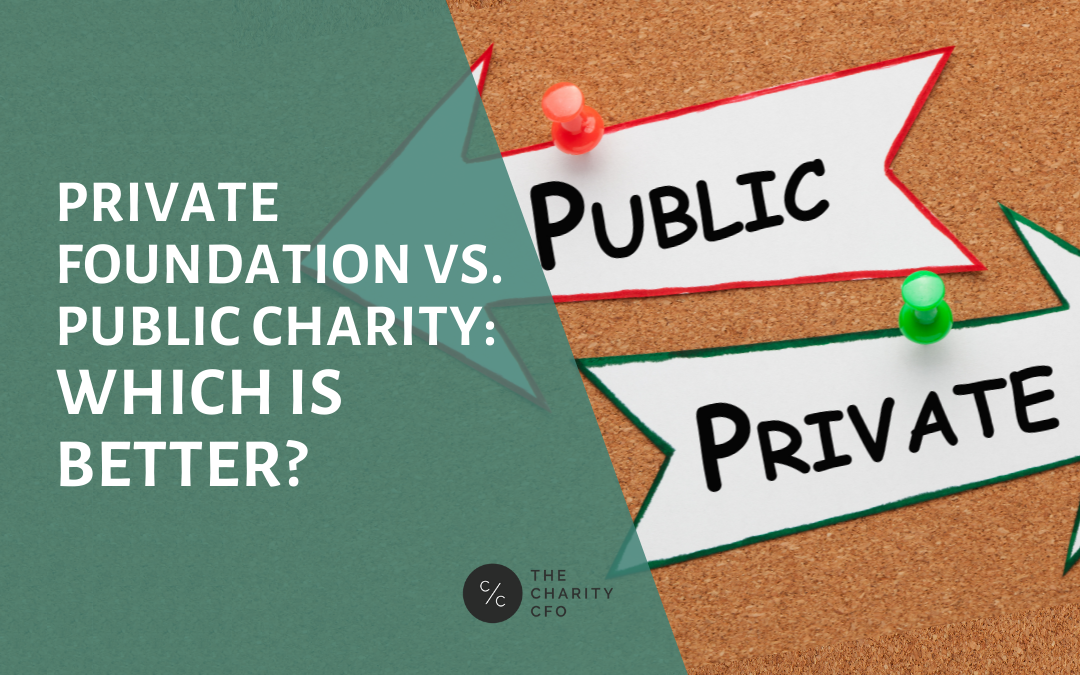 The IRS recognizes many different types of nonprofit organizations. Within those organizations, though, the 501(c)3 stands apart because of the unique tax benefits it enjoys. In addition to not paying income taxes, individuals and corporations that donate to a 501(c)(3) nonprofit can claim a tax deduction for their donations.

But even within the 501(c)(3) organizations, there are various types of organizations. Two of the most common are Public Charities, like churches, social support organizations and universities, and Private Foundations, like the Bill and Melinda Gates Foundation.

But what is the difference between a private foundation vs. public charity? We’ll dig into that right now. 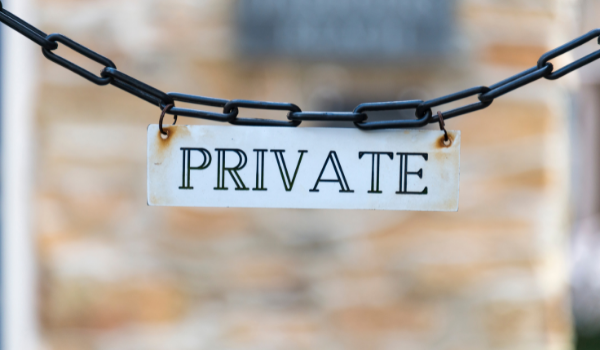 The IRS defines the two types of nonprofit organizations and sets rules for distinguishing a foundation from a charity. And the difference between them is based entirely on where (and from whom) they get their money.

What is a Private Foundation?

A private foundation is a 501(c)(3) nonprofit that generates much of its support from a small number of sources and investment income. According to the IRS, they “have as their primary activity the making of grants to other charitable organizations and to individuals, rather than the direct operation of charitable programs.”

Private foundations are often referred to as “family foundations” because they tend to be more closely controlled by a single family or a small group of people with aligned interests. It’s common for the board of a private foundation to all be related or to be made up of just a few people.

Some of the largest private foundations distribute annual gifts valued at hundreds of millions or billions of dollars. And their names are probably familiar to you, like The Bill and Melinda Gates Foundation, The Ford Foundation, and The Robert Wood Johnson Foundation.

What is a Public Charity?

Public charities generally receive the largest share of their financial support from the general public, private foundations, or governmental agencies. Rather than depending on a single funding source, like a family or a corporation, they actively raise money to fund their programs. And they have far greater interaction with the general public vs. private foundations.

The board members of public charities are often selected to represent the interest of their broader constituency. So they’re not controlled by one person or family.

A public charity is what you typically think of when you hear the term “nonprofit,” organizations like Goodwill, United Way, Habitat for Humanity, Greenpeace, and your local community organizations.

Which is better: a public charity or a private foundation?

We hear this question a lot, but neither type of charity is “better” than another. They are both equally valid models for operating a nonprofit. But they serve different purposes, and one may be a better fit than another depending on the goals and circumstances of the founder.

Suppose you intend to fund a nonprofit organization yourself and have close control over the operations. In that case, a private foundation is probably the best fit.

That’s why high-net-worth individuals, like Bill Gates, typically prefer the private foundation model when they want to start a nonprofit. However, the downside to this model is that the IRS applies more scrutiny and restrictions to a private foundation.

On the other hand, suppose you’re planning to rely on financial support from a broader base of individual donors and private grants or to rely on government grants. In this case, you’ll typically adopt the public charity model. Choosing a public charity enables you to operate with fewer restrictions from the IRS. And you’ll avoid paying taxes on any investment income as well. 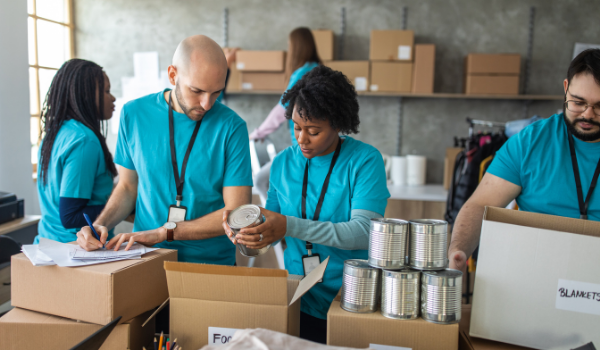 Should I start a charity or a foundation?

When your organization applies for tax-exempt status with the IRS, you will indicate whether you are applying to be a private foundation vs. public charity.

However, each year, a public charity is required to complete Schedule A (an addendum to its 990 or 990-EZ) to verify that it still qualifies as a public charity. Schedule A contains several ‘tests’ and if your organization fails them, your status will be automatically converted to a private foundation.

PRO TIP: Churches, schools, and hospitals are automatically assumed to be public charities and are exempt from the Schedule A tests.

To maintain its “charity” status, your nonprofit must maintain a public support percentage of 33⅓% or greater during at least one of its last two years. That means that a least one-third of your revenue must come from the “general public,” which excludes large private gifts and investment returns. 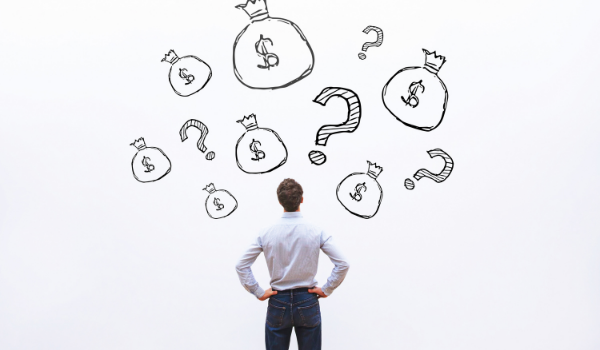 How is fundraising different for a private foundation vs a public charity?

Small-dollar gifts, government grants, and grants from other public charities will always improve your public support percentage, because those are all considered public support.

So, should you start turning down all large-dollar gifts? No!

Most nonprofits solicit and receive large gifts to help fund their programs, and there is nothing wrong with that. They make your life a lot easier, after all.

However, you should always seek to increase revenue from those sources which will be deemed public support. And because the public support percentage is calculated on a five-year basis, you need to have a long-term fundraising strategy that anticipates what your needs will be down the road as well.

Foundations vs Charities: Wrapping It All Up

Private foundations and public charities are both 501(c)(3) nonprofits dedicated to advancing the public good. They’re simply organized differently and have to abide by different regulations.

There are many more charities than foundations in the USA, with charities accounting for over 75% of all nonprofit revenue. But the private foundation is actually the default organizational structure for nonprofits in the eyes of the IRS. Therefore, the burden of proof lies with a charity to prove they meet the requirements to maintain their special status.

Regardless of which type of organization you choose, you should be sure to seek out a knowledgeable legal counsel and a CPA or accounting firm with expertise in the nonprofit sector. They’ll help you understand what you need to do to keep your nonprofit compliant with the IRS and local government agencies. 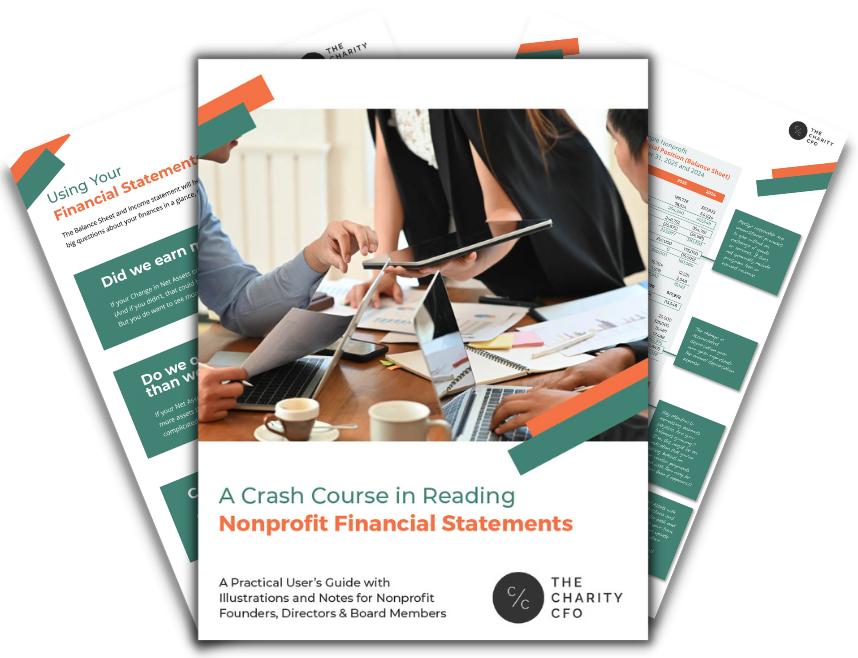 Do You Struggle to Make Sense of Your Financial Statements?

Get our FREE GUIDE to nonprofit financial reports, featuring illustrations, annotations, and insights to help you better understand your organization's finances.

Get the free guide!

Get our FREE guide to nonprofit financial reports, featuring illustrations, annotations, and insights to help you better understand your organization's finances.

Get The Free Guide

Ready To Outsource Your Accounting? 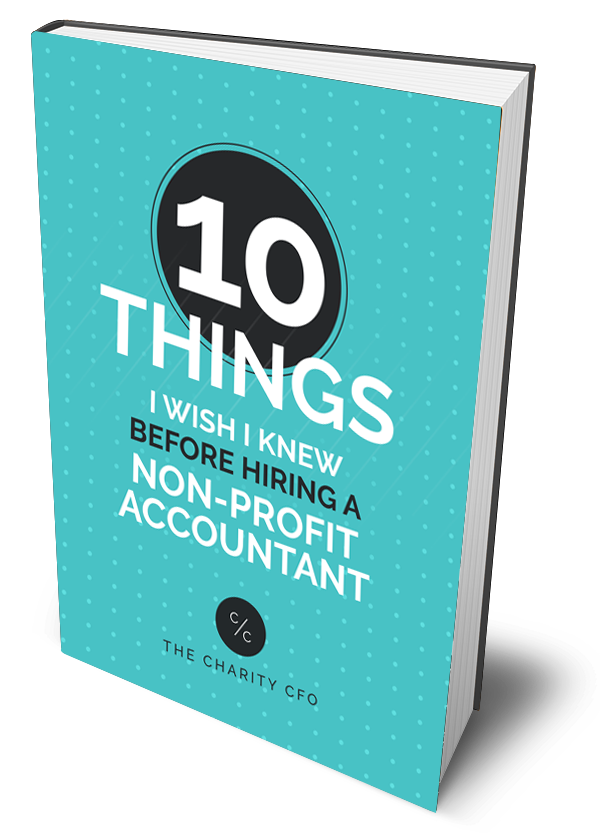 Are You Ready To Outsource Your Accounting?

Take our 2-minute survey to find out if outsourced accounting and bookkeeping is a good fit for your organization.

Your message has been received and we’ll be reviewing your request shortly. In the meantime, schedule a meeting with us and we’ll be in touch soon.